In the wake of the release of a withheld 2012 government report with positive findings for homeopathy,1 the Australian government agency responsible for health research has carefully backtracked on negative conclusions contained in a later 2015 report that the agency did release to the public. CEO Anne Kelso wrote, “Contrary to some claims, the [2015] review did not conclude that homeopathy was ineffective."2

Scientists trying to understand the criteria used by the National Health and Medical Research Council (NHMRC) to support a negative 2015 review of homeopathy filed a freedom of information request to obtain more information soon after the review appeared. What they discovered when the documents they requested arrived shocked them.

The agency had withheld a previous report completed in 2012. Starting in 2016 the scientists tried for three years to gain access to that report unsuccessfully until the NHMRC finally bowed to pressure exerted by the government’s own ombudsman. When the researchers got their first look at the report in August 2019, they realized right away why the NHMRC had buried it. The report concluded that homeopathy is effective for several conditions and provides “encouraging” results in many others. This was the opposite of what the agency’s homeopathy review panel—a panel the researchers already knew was riddled with bias and conflict of interest—had expected.

That panel rejected the 2012 report at the time and fired the researcher who wrote it. The rejection seemed doubly strange given that the researcher, Karen Grimmer, had been the author of guidelines still in use today by the NHMRC in all its evidence-based reviews. In fact, Grimmer’s resume included 20 years as director of the International Centre for Allied Health Evidence at the University of South Australia where she was a professor.

Homeopathy is the second most commonly used form of alternative medicine in the world and has been in use for more than 200 years. It was developed in the late 18th century by Samuel Hahnemann, a medical doctor and scholar. This specialty of medicine is practiced worldwide in every country and on every continent.

Homeopathy is based on the principle of “like cures like,” which resembles early immunization practices. Practitioners of this specialty tend to be trained medical specialists. Patients who use homeopathy are often highly educated.

Homeopathic prescriptions are usually individualized to account for the unique profiles of each patient. In conventional medical practice, the emerging fields of “personalized” or precision medicine come closest to the way homeopaths have practiced for the last 200 years.

The homeopathic specialty has had many critics and skeptics over the years. In response, scientists have engaged in rigorous clinical trials in an attempt to determine if homeopathy is a verifiable mode of treatment or simply a type of placebo. It was to explore this question that the NHMRC set out to study homeopathy.

In 2012 a Homeopathic Working Group (HWC) was formed by the NHMRC. The role of lead investigator was assigned to Karen Grimmer. She was given three weeks to complete a thorough, systematic investigation of homeopathy. She combed through a database of several thousand studies to find those with the highest methodological quality and most meaningful results.

We now know that Grimmer’s report on homeopathy was rejected and why. But her positive findings were by no means the first rigorous ones involving homeopathy. There were already a number of high-quality studies and meta-analyses, many published in peer-reviewed medical journals, that had reached the same conclusions as Grimmer, namely, that homeopathy is safe and effective and that it is not a placebo.3,4,5,6,7,8,9,10,11

The HWG’s rationale for commissioning a second report was never made explicit. The 2015 report, “Evidence of the Effectiveness of Homeopathy for Treating Health Conditions,” is the one that CEO Anne Kelso said did not prove that homeopathy is ineffective though it also said that “there are no health conditions for which there is reliable evidence that homeopathy is effective.”

There are, however, major problems with this second study. First, the study’s review panel failed to include a single expert in homeopathy. Second, the working group chairperson lied on a conflict of interest form on which he declared that he was not affiliated with any group “either aligned with or opposed to homeopathy.” In fact, he was a member of Friends of Science in Medicine, a group explicitly opposed to homeopathy.12

Third, the report excluded many important and landmark studies demonstrating the benefits of homeopathy for general health, disease prevention, safety and cost-effectiveness. By using various methods, the authors of the 2015 report eliminated 99 percent of the available medical literature on homeopathy. Thus, the second report ended up being based on only five studies. It should have been obvious that the conclusion of the report could not possibly be applied to the entire field of homeopathy.

Grimmer’s much more complete report reflected favorably on homeopathy and found “encouraging evidence” that it is effective for at least five medical conditions. Her report also confirmed that more research is not only necessary, but desirable, so that a full evaluation of homeopathy can take place. Her findings stand in stark contrast to the 2015 report.

Peer-reviewers, appointed by the NHMRC itself, weighed in on Grimmer’s report and found that it was of high methodological quality:

The summary of the methods is good…The template reporting structure makes for dense reading but conversely it is very concise and contains a lot of information… Overall, the consistent use and reporting of the same criteria for each of the evaluations is a strength and reveals the careful systematic approach that has been brought to these evaluations.

Overall, a lot of excellent work has gone into this review and the results are presented in a systematic, unbiased and convincing manner.

I am impressed by the rigor, thoroughness and systematic approach given to this evaluation of the published reviews of efficacy and side effects of homeopathy.

I believe that the assessment of secondary literature has been performed very well with careful systematic analysis and the results are supported factually with strong supporting material. Overall, a lot of excellent work has gone into this review and the results are presented in a systematic, unbiased and convincing manner.13

The release of Grimmer’s 2012 report and the clarification provided by NHMRC CEO Kelso indicate that the way forward is to pursue more research into the field of homeopathy and homeotherapeutics. The safety and effectiveness of low-cost homeopathic medicines are already a boon to millions around the world and could become a benefit to many millions more worldwide.

It is refreshing when a regulatory agency, in this case Australian NHMRC, admits an error and works to clear up controversy and broaden public knowledge of alternative health modalities. The release of this information will have the important effect of increasing health freedom choices and providing people with more options for managing their own and their families’ health around the world.

What this episode highlights is that we need more unbiased reporting and solid investigative studies on the nature and benefits of homeopathy.

Ronald D. Whitmont, MD, is immediate past president of the American Institute of Homeopathy and former president of the Homeopathic Medical Society of the State of New York. He is a second-generation Classical Homeopathic physician and board-certified in Internal Medicine. A founding diplomate of the American Board of Holistic Integrative Medicine, Whitmont serves as medical advisor to Americans for Homeopathy Choice. 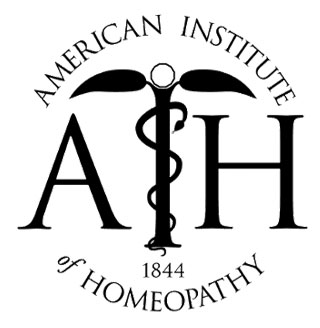